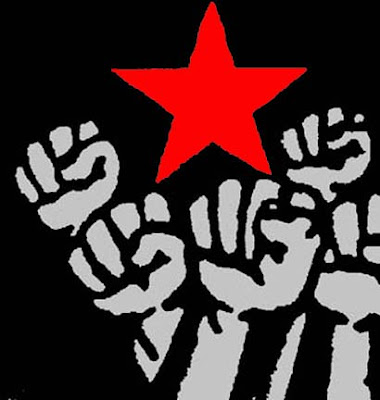 The Socialist Workers Party has become the first party to get on the presidential ballot in Louisiana this year. They are going to have some competition for the socialist vote, though.

The Party for Socialism and Liberation is organizing their Louisiana ballot effort and the Socialist Party USA is also planning to be on the ballot here.

(The National Socialist Movement's candidate may also show up -- but, of course, national socialism is very different from regular socialism.)

One novel aspect of the Socialist Workers Party's ticket is the fact that their presidential candidate, Roger Calero, is not constitutionally eligible to be president. According to the BR Advocate:

"Calero’s name will not be on the ballot because he was born in Nicaragua, and federal law prohibits a non-U.S. born presidential candidate, campaign worker Amanda Ulman said. Stand-in candidate James Harris of Los Angeles will be on the ballot for the Socialist Workers Party, Ulman said.

Berry [the La. Sec. of State's press secretary] said he is not sure what the party’s bylaws allow after an election but the candidate on the ballot has to be U.S. born."

Interestingly, it does appear that Calero will be listed as the presidential candidate on some states' ballots. He ran in 2004 and only needed a surrogate in about half the states in which his party was on the ballot. The plan then was that if the SWP won, the surrogates would champion a constitutional amendment allowing Calero to take office.

Given that the November election is for choosing presidential electors rather than actually choosing the president, I don't think that Calero would be prohibited by the U.S. Constitution from appearing on the ballot.

The Constitution says that "[n]o person except a natural born Citizen, or a Citizen of the United States, at the time of the Adoption of this Constitution shall be eligible to the Office of President," but it doesn't say that such a person cannot appear on a state's November ballot.

The Constitution does allow each state legislature to direct the manner by which that state's electors are chosen, so a state could decline to print on the ballot the names of presidential candidates who are not actually eligible to take office.

I assumed that was the basis of Berry's statement, but I've looked through Louisiana's election code and can't find any law giving the Secretary of State that power. The qualifications for elector candidates are clearly stated, but not those of the presidential and vice presidential candidates whose names will be listed with the slates of electors. (I've only made a cursory look through the election code. I'll look more later and update this post if I find anything relevant. I've also emailed Mr. Berry. If I get a response, I'll pass along his explanation.)

Also, if Berry's statement about the presidential candidate appearing on the ballot having to be U.S. born is true, then is John McCain going to have to use a stand-in, too?
Posted by Randall at 7:52 AM

Well, this is quite the social state. Got to develop those contacts, no matter what color they are... ;-)